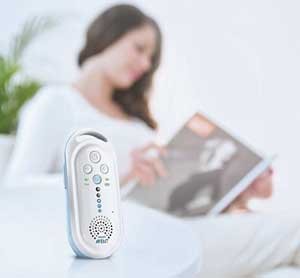 Whenever you are dealing – in whatever form – with electronics, a certain amount of radiation is secreted.

Baby monitors are no exception. An aspect causing many mums and dads to worry.

It is, therefore, important, especially when buying a new baby monitor, to look at the radiation level and to focus on that the device releases as low as possible radiation during its operation.

With a view to electrical radiation, it is usually divided into the following four categories:

With a look at baby monitors, of course, we can not speak in no way about the optical or ionising radiation. Rather, we can talk here only about the low-frequency radiation.

In this regard, it should be remembered that even this form of radiation is divided into different levels of intensity:

Radiations are to be distinguished

So that you expose your child to a possible vanishingly small electric radiation, you should pay attention in any case to the relevant manufacturer’s instructions.

Not the radiation level plays the major role in this context, but, above all, the corresponding distance to the radiation source.

The farther such a device can be positioned from the child or the baby bed, without being impaired in its functionality and performance, the better.

All in all, during the purchase of a new baby monitor you should pay attention to:

Are you aware how many devices even adults facing that secrete dangerous electrical radiation? Have you ever wondered how dangerous it can be, for example, to live near a power pole or how high is the radiation level, that your mobile phone emits?

Do not buy “some” baby monitor 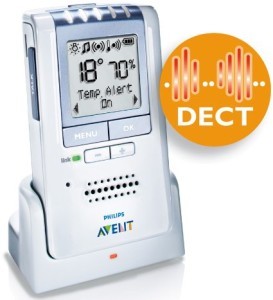 It is worth knowing that the radiation level at most, commonly employed in the household, electrical appliances – and also baby monitors – can be reduced by increasing the distance.

The farther you place the baby monitor away from the cot or from your baby, the lower the radiation level, which is exposed to your child, will be.

However, with low quality devices it is to be expected that such changes in the distance could affect the signal transmission.

The farther the unit from the “signaler” – i.e. from your baby – the more difficult it is to receive signals for these devices.

With the consequence that it may take a certain time under certain circumstances, until louder signals are delivered and you are alerted as a parent.

But what if you are buying the baby monitor to be alerted not only when your child is crying? But what if it is also important for you to monitor the sleep sounds?

How the radiation can be reduced?

Those baby monitors that can be placed far away from the child, to keep the electromagnetic pollution as low as possible, should be accordingly distinguished in each case by a specific performance as well as a consumer-oriented functionality.

Tip: You can rely on high standards with a view to optimal performance guarantee in combination with a broadest pollution reduction on innovative devices, that are equipped with a special eco-function or a disconnectable range control.

This means that after switching off, no signal exchange takes place and in the course of which the load by electric radiation can be curbed to a minimum.

Those who want to do without these technical refinements, because they may seem too complicated at first glance, have the option to instead use analogue devices.

However, such devices are distinguished by a certain susceptibility to interferences and sometimes also by a lower sound quality. Just a quick look at our reviews – and you’ll be surprised by the number of diverse and above all customer-oriented products the wide world of baby monitors has to offer today.