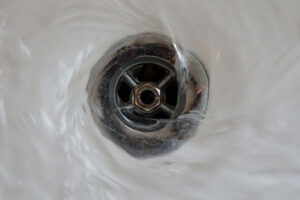 Today we are dealing with a problem that really affects everyone, namely that the shower drain is blocked.

If your hair is long, this is a difficulty you face about once a week. But even those with short hair find themselves sooner or later with a broken shower wondering how to do it.

Yeah, how to unclog the shower drain?

To answer this question and guarantee you a shower that is always at its best – that is: that the bathroom does not flood while you rinse the conditioner – our experts have prepared a mini-guide for you.

So today you will learn how to unclog the shower drain and also some tricks to prevent the problem from happening again.

Are you ready? Let’s start!

Why does the shower drain clog so easily?

Well, first of all it isn’t. If you have the feeling that the shower drain is the absolute thing you need to unclog most often, it is not because it is a particularly delicate or narrow pipe, or perhaps because it has a manufacturing defect.

The fact is that the shower – whether you live alone or in the family bathroom – collects a large amount of material on a daily basis. From dead epithelial cells that you don’t realize you are losing to hair, through hair (yes, they fall out too) and fluff residue left on clothes. In short, the exhaust endures a great deal of stress every day.

However, if you have the feeling that your shower needs to be unclogged a little too frequently, such as if it “plugs” every time you wash, there may actually be some problems. In that case, then, it is better to have it purged with a product that also cleans the pipes well. How? We will see it in the following paragraphs.

How to unclog the shower drain: the infallible techniques

Experience teaches us that there are really effective methods to drain the shower and, for the happiness of those who love natural methods, not all of them require the use of caustic soda-based chemicals. To the happiness of those who want to save, let’s also say that they do not require the intervention of a professional, but it is something that you can easily do on your own in a short time.

We will list them in a precise order, starting with those effective for the most superficial occlusions and then moving on to the strongest methods. With a clarification: it is not always necessary to act in a “strong” way. In fact, the more you try to gently purge the shower, the less you risk damaging the pipes. So always start with the gentlest method.

Incredibly, nowadays there are very few people who know that, to unclog the shower – but also the pipes of the sinks and the toilet – sometimes just a little boiling water is enough. Well: more than a little to tell the truth, but the result doesn’t change. This method is most popular for superficial occlusions, such as a shower drain clogged with a small lump of hair and soap.

Take the pot you use to cook spaghetti and boil the water. Then, approach the drain and pour it very slowly. If you also want a disinfectant effect, you can use a mixture of baking soda and vinegar, so that the pipes will not only be purged, but also very clean. Wait five minutes and then open the water. If that didn’t work, move on to the next method.

2. Remove the obstruction with an iron wire (or other)

If the boiling water hasn’t worked, you can try to manually remove what is obstructing your drain. The first thing to do is to arm yourself with a screwdriver and remove the grill. Attention: the screws are either on the top, or on the side (in the case of pressure caps). It’s an easy job, so don’t be discouraged. Then take a flashlight – even the smartphone flash – and check the problem.

Now is the time to intervene, and the tools you will use depend on how deep the occlusion is. If superficial, you can use common objects such as eyebrow tweezers or spaghetti tongs.

If, on the other hand, it is deep, take a metal hanger, the kind that laundries give you, and open it leaving the upper part curved (but press it to form a hook). At this point, insert it gently into the drain and start pulling trying to grab what comes out. When you are sure you have taken everything, proceed with boiling water for the last residues.

Here we are with a practically professional method. The flexible hose is a particular tool used by plumbers to unclog and purge the drain of any sanitary. It is easily found at the hardware store, it is almost always effective, and it does not damage the pipes. In short, it is really worth having one at home. Plus, even though it’s a professional item, it’s easy to use.

All you have to do is insert it down the drain until it stops. When he stops, it means he has met the one blocking the pipes. At this point you have to turn the handle that is located at its end, and continue to turn until the tube returns to the surface. Its tip “harpoons” the obstructions and brings them back with it, thus freeing the pipes. Again, clean with hot water.

We now come to the “extreme” solution, namely the liquid plumber. Even if you can find it comfortably in the supermarket, know that it is a really aggressive product, composed of corrosive agents such as caustic soda. Therefore, use it only in case of extreme necessity.

Read the instructions before you begin. Some need the area to be partially dry, for others it doesn’t matter. In addition, some work in five minutes and others take half an hour. So follow what the package tells you, and of course at the end rinse well before using the shower.

Some final advice: how to prevent the shower drain from getting clogged

We told you in the introduction: it is certainly not your fault if the drain is clogged. If, however, he does it a little too often, you can take some precautions. For example, brush your hair before washing so that any fallen hair stays in the brush and doesn’t go down the drain.

Also, even if at the end of the shower you see that there are only a few hairs left on the grill, collect them and throw them in the toilet. In fact, shower after shower could create a large lump. Finally, always rinse the shower by running hot water. It’s good for both its base and plumbing. And now, good washing!